It is pride month! I find it a little hard to find LGBTQ+ literature that isn’t YA, so please leave in the comments your suggestions! Congratulations to the Young Adult genre for being so prominent in this category. I would really like to see more lyrical, historical, epic fiction, though, as they are my favorites. Below are a few books I recommend and a few I want to read! 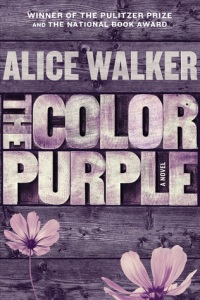 The Color Purple by Alice Walker

This is the first book I ever read to have a bi character, and I absolutely loved it so much. My heart broke for Celie so many times. It tells the story of women of color in the South of the United States, in the 1930s, focusing on Celie’s stories. This book is incredibly relevant, so raw and powerful. I swear this book changed my life. It is such a must-read.

This book for some reason has mixed reviews on Goodreads. Personally, I loved it so much I couldn’t stop thinking about it. It follows the story of Calliope Stephanides’ family, from them leaving Greece with a secret and arriving in Detroit during Prohibition era until present-day Cal. It’s an epic with an intersexual narrator voice, it’s lyrical and it goes back and forth in time, which I guess that is why it can throw some people off. I love a good epic, so this book was just fantastic to me.

Written on the Body by Jeanette Winterson 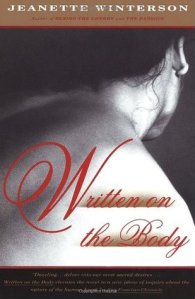 This book is brilliant. It tells the story of a bisexual/pansexual (we don’t know) character whose gender throughout the book is not defined. They tell their life’s story, remembering the people they loved and lost. It’s in no way an uplifting book if you’re looking for that, but it’s beautiful. I need to re-read this ASAP.

There are more stuff like The Mortal Instruments Series, also Fates and Furies, and so on, but the above are the ones I think everyone trying to get into LGBT literature should read! 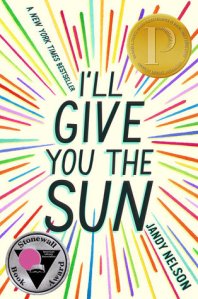 I’ll Give you the Sun by Jandy Nelson

Synopsis: At first, Jude and her twin brother are NoahandJude; inseparable. Noah draws constantly and is falling in love with the charismatic boy next door, while daredevil Jude wears red-red lipstick, cliff-dives, and does all the talking for both of them.

Years later, they are barely speaking. Something has happened to change the twins in different yet equally devastating ways . . . but then Jude meets an intriguing, irresistible boy and a mysterious new mentor.

The early years are Noah’s to tell; the later years are Jude’s. But they each have only half the story, and if they can only find their way back to one another, they’ll have a chance to remake their world.

This radiant, award-winning novel from the acclaimed author of The Sky Is Everywhere will leave you breathless and teary and laughing—often all at once. 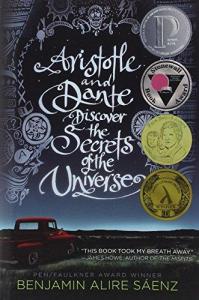 Synopsis: Aristotle is an angry teen with a brother in prison. Dante is a know-it-all who has an unusual way of looking at the world. When the two meet at the swimming pool, they seem to have nothing in common. But as the loners start spending time together, they discover that they share a special friendship—the kind that changes lives and lasts a lifetime. And it is through this friendship that Ari and Dante will learn the most important truths about themselves and the kind of people they want to be. 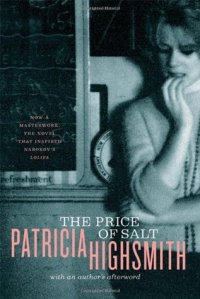 The Price of Salt by Patricia Highsmith

Synopsis: Arguably Patricia Highsmith’s finest, The Price of Salt is story of Therese Belivet, a stage designer trapped in a department-store day job, whose salvation arrives one day in the form of Carol Aird, an alluring suburban housewife in the throes of a divorce. They fall in love and set out across the United States, pursued by a private investigator who eventually blackmails Carol into a choice between her daughter and her lover. With this reissue, The Price of Salt may finally be recognized as a major twentieth-century American novel.