Today I got an exciting post to share with you! Last year, my boyfriend and I attempted to follow a few recipes to get to the perfect Butterbeer made with actual beer. Our first attempt became very buttery and oily and was difficult to swallow after a while – but this year we’re back at it, with a different recipe. While we read some amazing recipe ideas, we decided in the end to go for an adapted version of this Best Butterbeer Ever Recipe.

I have tried the one from Universal Studios, which tasted more like melted vanilla ice cream and, unsurprisingly, was non-alcoholic. We decided to make an adult version with actual beer!

Do note that we use typical barley beer from Germany, meaning this has more body and taste, perhaps more than one is used to if you don’t come from this region of Europe. In my opinion it’s absolutely delicious, but if you’re used to a lighter-tasting beer, don’t change up just for this recipe.

The result is a rather spicy beverage, honey-tasting with a strong taste of beer – many of the other recipes we saw didn’t take beer at all (which is confusing?!) and used some non-alcoholic drinks instead. So if you don’t like spicy and strong tasting beverages and prefer a more vanilla, ice-cream tasting thing, then there’s a lot of easy recipes out there! Personally, I love spicy drinks and this tasted – as my boyfriend perfectly described – like Christmas. Like cookies and beer and a hug. 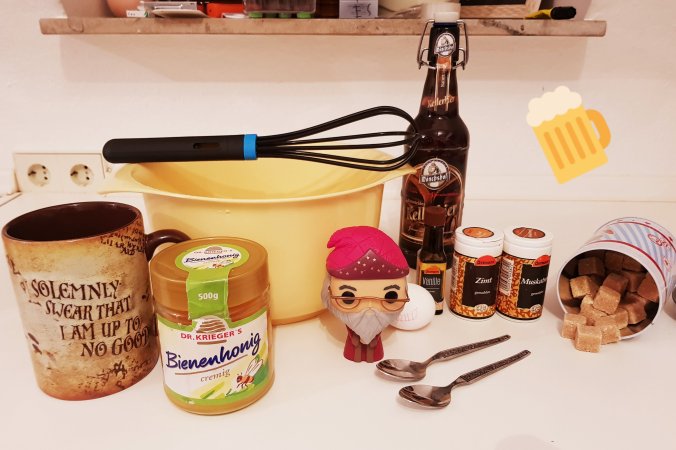 You can add ice cream, or Chantilly on top if you like!