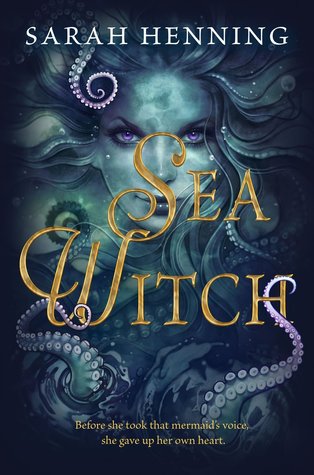 This is the year of The Little Mermaid retellings, I suppose! After reading To Kill a Kingdom by Alexandra Christo, I had in mind that Sea Witch would be a similar book, perhaps darker. I was quite mistaken.

Sea Witch is the story of three friends, Evie, Anna and Prince Nik. Anna drowns in a tragic accident when they are eleven, and guilt has consumed Evie since. But when a mermaid saves Nik’s life and then shows up a day later, Evie thinks she knows that face: that’s Anna. Except the girl is called Annemette and has no memory of ever having been Anna. She is in love with Nik and need a true love kiss if she is to stay human forever – if she fails, Annemette will become nothing but foam in the sea.

About 65% of the book is dedicated to the brewing romance of Nik and Annemette and of Evie and Iker. It’s cute and it’s super interesting that Evie is a witch and that she needs to hide that otherwise she’ll be killed, but it’s basically that. AFTER that, though, the story is so, so good, it makes even the cheesier parts of the beginning of the book worth it. If you want a dark sea witch story, keep reading until the end!

I actually enjoyed all the cutesy parts with the drama of whether Annemette would get her true love kiss or not, but it was definitely not what I expected. So, if you expect a dark tale from the start, you’ll be disappointed. But the ending made up for the entire book, for me – I was going to give it 3 stars, but the ending was a solid 5, so I settled for an in-between rating. I really liked Evie and Nik, and even Iker was very charming. Annemette was sweet, mysterious and interesting. There are quite a lot of flashbacks between chapters, which I wasn’t a big fan of, but that was okay. It helps build up to the ending.

All in all, I still prefer other books if I want to read a mermaid/siren story, but this was a cool book about friendship, love, magic and witches. Plus it’s set in Denmark, which I found super atmospheric and a nod to Hans Christian Andersen.