As you see from my picture this week, I haven’t been reading much. I did, however, listen to an audiobook while at the gym with my bookish socks WHICH I LOVE, BEST SOCKS EVER. So… I guess that’s my picture for this Sunday Snuggle. I am practicing to participating on a 5K in July and OMG I’m a potato who can’t run, but I’m stubborn enough to keep trying. Also I told a lot of people about it already (including you guys now), so I can’t back off. Nothing quite like accountability and peer pressure to motivate a person.

I’ve been very hyped lately for the Women’s Prize for Fiction, so next week I’ll be picking up one or two of the contestants! I don’t think I’ll read the whole list, since not all of them interest me, but a big chunk for sure.

This week I got a credit on Audible and I haven’t been able to listen to many books lately, so I had to choose carefully what I would get, since it will probably be the only audiobook I’ll have time to listen to the whole month *sweats profusely* . So, obviously, I decided to be very scientific about it… and asked Twitter:

I can't decide my next audiobook 😱 which one should I get? 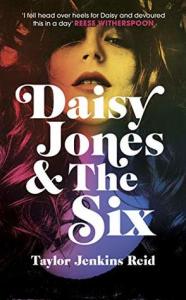 Thank you all for voting! 🙂 I will get the other two books at another point, as well. All three sound fascinating.

My Readings This Last Week 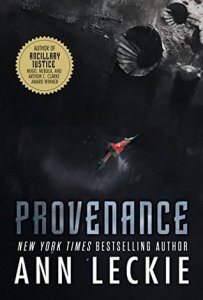 I promise I’ll pick up Provenance again. I actually was enjoying the book, just haven’t been able to read much the pasts weeks so I’ve been prioritizing other books I want to read more. Let’s see when I read this again.

I advanced on Black Leopard, Red Wolf! This is taking me a while to read (and I’m not even half way through), but it’s because I’ve been short on time. The book is great. If it goes on this well, it could be a 5-star!

I finished An Anonymous Girl! This was INTENSE and I loved it. A very unique psychological thriller, 5 stars!!

How was your week? What did you read?