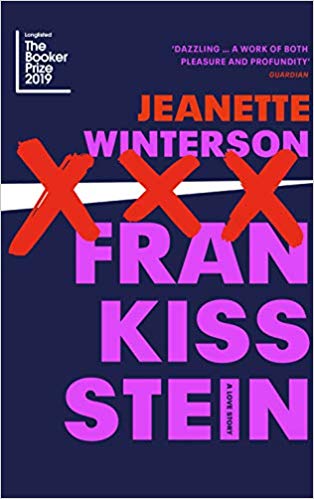 In Brexit Britain, a young transgender doctor called Ry is falling in love – against their better judgement – with Victor Stein, a celebrated professor leading the public debate around AI.

Across the Atlantic, in Phoenix, Arizona, a cryonics facility houses dozens of bodies of men and women who are medically and legally dead… but waiting to return to life.

But the scene is set in 1816, when nineteen-year-old Mary Shelley writes a story about creating a non-biological life-form. ‘Beware, for I am fearless and therefore powerful.’

This was a very mixed experience. Frankissstein discusses the future of humanity in terms of what it will be like to temper with one’s biology, uploading a human brain’s content into a machine, become post-human; this was incredibly fascinating to read. I kept stopping to think about it, to ponder how it would work in practical terms, to ask my husband how he would like to be a floating brain (he said “I’m good, thanks”, completely unfazed, and would not be convinced otherwise, even when I offered a brand-new body to download his brain content into). I adore science fiction, and especially mixed-genre sci-fi, in this case a mix of historical fiction, science fiction and literary. It was so enjoyable to read. The fact that it interludes the present-time Ry storyline with Mary Shelley’s in the 1800s was very interesting

As the story went on, however, I started to get really exhausted. Not by the story itself, but by the treatment of Ry, the main character. Ry is trans and non-binary, masculine presenting. The fact that the author is a cis woman is already kind of red flag, but I was quite willing to give it some leeway because I loved Jeanette Winterson’s work before and I did so want to love this. But I think it shows. It was exhausting to see every single character be transphobic, one of the characters clearly has a fetish for Ry being trans and that is never really challenged, and then there’s a scene (if you read the book you know which), which was absolutely unnecessary… and generally I just wish it had all been handled better. E from Revolution in the Pages is a queer, trans book blogger and has reviewed Frankissstein too, and they obviously have a lot more authority in talking about the representation than I do, so do give their review a read (and follow them)!

In the end, I loved this, cringed, got exhausted and finished it feeling like a chore. So I’m giving it three stars because it did leave a strong impression of how brilliant this would have been if perhaps the author had written it another way. I wanted to love this, and sometimes I did, but I don’t think I will be recommending it.