So by finishing Disappearing Earth I officially need to buy more books to complete the Squad Longlist. At the same time, I haven’t read any of the books I last bought so I’m feeling guilty about that and will take a few weeks more before buying more books! But I expect sometime until September to be actually finished with it! Very excited. I also finished Throwaway Girls, which was a regular thriller and checked all the boxes for a quick / fun read! I enjoyed the noir vibes it gave (and the fact that it was F/F), even though it didn’t wow me. Next I picked up It Would be Night in Caracas and it’s really, really good so far! 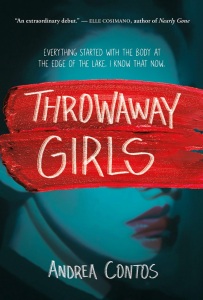 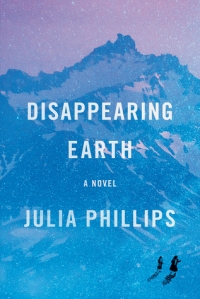 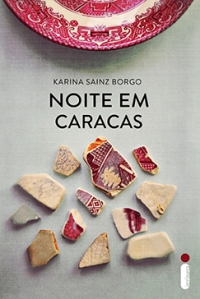 Honestly this was more of a 3.5 stars but I rounded it up because it did make me Feel Things. The mystery is somewhat predictable (I guessed the guilty person pretty early on), but I thought it was so interesting having this dual POV and keeping us guessing who it was from. There is a lot of anger in this book, which is a thriller about girls who are forgotten (the throwaway girls, from poor backgrounds and who the police are quick to assume are missing because they “ran away with a boyfriend, probably”). I also felt that some parts didn’t make much sense, but mostly I just wanted to give the MC a hug. A F/F thriller about forgotten girls, misogyny, the trap of being poor (and small mentions of how much harder it is for non-whites), the police’s abuse of power and dismissing of witnesses and potential victims. This tried to have more depth and sometimes it succeeded, sometimes it felt a bit forced into the story. As it’s a debut, I am rounding it up!

This is a slower read than expected, and I think it works better if you read it somewhat quickly, since I started forgetting some of the characters. There are several POVs, and following each one can be a bit tricky if you take too long to read. I’m still really enjoying this but hope to finish it soon!

I’m surprised by how much I’m enjoying this, honestly. I expected it to be good, sure, but it’s really the kind of book I love so I’m excited! It’s a bit dark in tone and centered on a woman who’s just lost her mom and is dealing with the difficult economic situation of Venezuela. I only vaguely remember the synopsis, but if I’m not mistaken, it gets quite dark. It’s incredibly relevant, considering what Venezuela is going through, and I’m glad Michelle recommended it!

What did you read this week?