I am late to the party but I’ve decided to join the Women in Translation month challenge! As there is no minimum amount of books to read, it’s a very low-effort challenge to join, thankfully, as I have many other books I want to read this month still – namely a thousand ARCs I’m getting quite late to get to. The odds that I’ll actually read all the books in this post are pretty slim, but writing a post always encourages me to actually read the books, so this is me putting peer pressure on myself.

I decided against writing a recommendations post (for now) because I’ve seen a lot of the stuff I’d recommend be listed already, and I do already talk about translated fiction quite often in my blog, if you want to check out: The Translated Literature Book Tag, Reading Latinx Books Project with @cbookrambling, What I Read for @AsianReadathon. Maybe next year I will write recommendations (or, if I cave in, sometime during this month).

Michelle helped me with a few recommendations – if you don’t know, she has a TBR Recommendation service and I think it’s such a fun thing to get recommendations according to your personal reading tastes, it’s the highlight of my day when I get her email. I highly recommend it, especially if you struggle to find books for challenges or personal goals (like I do). The books she recommended to me are Like Water for Chocolate, Girls of Riyadh and Empress, all of which sound really great.

Here are some books I’d like to read for WIT:

This sounds like a weird read and I own this for half a year already, so it’s high time I pick it up! The author is from Poland.

In a remote Polish village, Janina devotes the dark winter days to studying astrology, translating the poetry of William Blake, and taking care of the summer homes of wealthy Warsaw residents. Her reputation as a crank and a recluse is amplified by her not-so-secret preference for the company of animals over humans.

Then a neighbor, Big Foot, turns up dead. Soon other bodies are discovered, in increasingly strange circumstances. As suspicions mount, Janina inserts herself into the investigation, certain that she knows whodunit. If only anyone would pay her mind…

This sounds magical, romantic and messy, and The author is from Mexico.

A sumptuous feast of a novel, it relates the bizarre history of the all-female De La Garza family. Tita, the youngest daughter of the house, has been forbidden to marry, condemned by Mexican tradition to look after her mother until she dies. But Tita falls in love with Pedro, and he is seduced by the magical food she cooks. In desperation, Pedro marries her sister Rosaura so that he can stay close to her, so that Tita and Pedro are forced to circle each other in unconsummated passion. Only a freakish chain of tragedies, bad luck and fate finally reunite them against all the odds.

Things We Lost in the Fire by Mariana Enriquez

I didn’t love Este É o Mar by this author, so I’m going hesitantly into this, but the synopsis sounds so amazing and I’ve heard really good things about it! So I’m hesitantly excited. The author is Argentinian!

In these wildly imaginative, devilishly daring tales of the macabre, internationally bestselling author Mariana Enriquez brings contemporary Argentina to vibrant life as a place where shocking inequality, violence, and corruption are the law of the land, while military dictatorship and legions of desaparecidos loom large in the collective memory. In these stories, reminiscent of Shirley Jackson and Julio Cortázar, three young friends distract themselves with drugs and pain in the midst a government-enforced blackout; a girl with nothing to lose steps into an abandoned house and never comes back out; to protest a viral form of domestic violence, a group of women set themselves on fire. 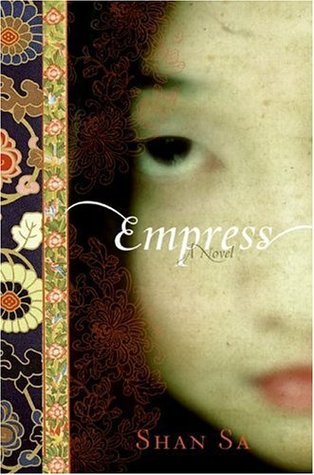 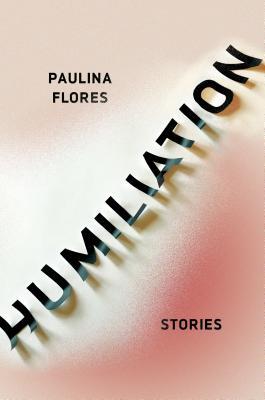 The House of the Spirits by Isabel Allende

I’ve owned this book forever and my husband has been bullying me for years to read it, so this might be the push that finally makes me pick it up! The author is Chilean-American.

Here is patriarch Esteban, whose wild desires and political machinations are tempered only by his love for his ethereal wife, Clara, a woman touched by an otherworldly hand. Their daughter, Blanca, whose forbidden love for a man Esteban has deemed unworthy infuriates her father, yet will produce his greatest joy: his granddaughter Alba, a beautiful, ambitious girl who will lead the family and their country into a revolutionary future.

This sounds incredibly interesting, it’s a fictional telling of Empress Wu’s story. The author is from China.

A ravishing historical novel of one of China’s most controversial historical figures: its first and only female emperor, Empress Wu, who emerged in the Tang Dynasty and ushered in a golden age.

In seventh–century China, during the great Tang dynasty, a young girl from the humble Wu clan entered the imperial gynaecium, which housed ten thousand concubines. Inside the Forbidden City, she witnessed seductions, plots, murders, and brazen acts of treason. Propelled by a shrewd intelligence, an extraordinary persistence, and a friendship with the imperial heir, she rose through the ranks to become the first Empress of China. On the one hand, she was a political mastermind who quelled insurrections, eased famine, and opened wide the routes of international trade. On the other, she was a passionate patron of the arts who brought Chinese civilization to unsurpassed heights of knowledge, beauty, and sophistication.

And yet, from the moment of her death to the present day, her name has been sullied, her story distorted, and her memoirs obliterated by men taking vengeance on a women who dared become Emperor. For the first time in thirteen centuries, Empress Wu flings open the gates of her Forbidden City and tells her own astonishing tale–revealing a fascinating, complex figure who in many ways remains modern to this day.

I am considering reading this one as well, although I don’t own it yet, but it’s been recently recommended to me by Laura.

The nine mesmerizing stories in Humiliation, translated from the Spanish by Man Booker International Prize finalist Megan McDowell, present us with a Chile we seldom see in fiction: port cities marked by poverty and brimming with plans of rebellion; apartment buildings populated with dominant mothers and voyeuristic neighbors; library steps that lead students to literature, but also into encounters with other arts—those of seduction, self-delusion, sabotage.

In these pages, a father walks through the scorching heat of Santiago’s streets with his two daughters in tow. Jobless and ashamed, he takes them into a stranger’s house, a place that will become the site of the greatest humiliation of his life. In an impoverished fishing town, four teenage boys try to allay their boredom during an endless summer by translating lyrics from the Smiths into Spanish using a stolen dictionary. Their dreams of fame and glory twist into a plan to steal musical instruments from a church, an obsession that prevents one of them from anticipating a devastating ending. Meanwhile a young woman goes home with a charismatic man after finding his daughter wandering lost in a public place. She soon discovers, like so many characters in this book, that fortuitous encounters can be deceptions in disguise. 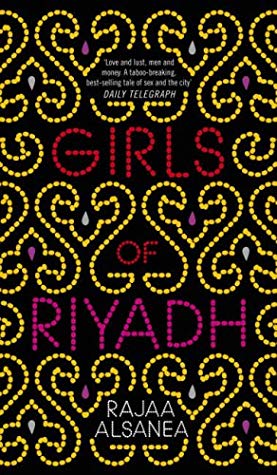 Girls of Riyadh by Rajaa Alsanea

This sounds like a very interesting look into modern Saudi women and their relationship with Western society vs their own culture.

Now in English, Alsanea’s tale of the personal struggles of four young upper-class women offers Westerners an unprecedented glimpse into a society often veiled from view. Living in restrictive Riyadh but traveling all over the globe, these modern Saudi women literally and figuratively shed traditional garb as they search for love, fulfillment, and their place somewhere in between Western society and their Islamic home.

Are you participating in the Women in Translation month? Which books do you recommend?

11 thoughts on “Women in Translation: My Tentative August TBR”